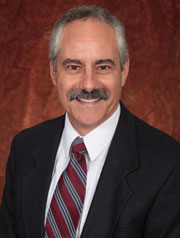 Dr. Jonathan Appelbaum, professor of internal
medicine at the FSU College of Medicine

Florida State University’s Dr. Jonathan Appelbaum remembers that day in 1981 when a young patient was admitted to the hospital with a rare case of pneumocystis pneumonia. Appelbaum, an internal medicine resident at the time, and his colleagues did not recognize the man’s illness as an AIDS case.

No one would have. Not much was known at that time about the mysterious pneumonia cases claiming an increasing number of lives around the country. In June 1981, the U.S. Centers for Disease Control and Prevention first announced symptoms of the unknown — and deadly — disease. Appelbaum’s young pneumonia patient did not survive.

As World AIDS Day 2016 raises awareness about the disease on Thursday, Dec. 1, Appelbaum — a professor of internal medicine at FSU — considers the progress researchers have made battling HIV/AIDS. It was a death sentence 35 years ago. The disease has killed about 660,000 people in the United States over that time, according to the CDC.

Today, there’s a stark contrast. While an estimated 1.2 million people in the U.S. are infected with HIV, many live relatively normal lives. HIV infection is no longer a death sentence. Patients are able to manage it like a chronic disease.

“The average life expectancy in the United States for someone is around 79,” said Appelbaum, who has researched the disease throughout his career. “If you’re infected with HIV at age 20, and you get care and follow up with medical appointments and take your medications, your average life expectancy now is 71. That’s certainly much better than the old days when if you got infected at 20, you were lucky to live to 30 to 35. It was about a 10 to 15-year lifespan.”